It all happened in Toulouse, France, between August 1986 and September 1989. Eric was around 21, 22 years old … five or six years older than me. He would become my first love story.

I noticed Eric in a cafe-bar one day after class. We looked at each other in such a way I knew something was going on. And when I was on my way back home, I will always remember I could feel he was behind me. I turned back and I saw him. We were both too shy so it was only the day after, at the same bar, that we started talking. Eric was visiting a friend. He was from Paris. We fell in love. He decided to stay in Toulouse

I knew from the start Eric was HIV positive. Nothing seemed to matter more than to be near him. I never found anyone else with the same energy, humour and creativity. He was making everything magical, whatever he was doing: a drawing, a poem or a even making coffee, with always a sense of craziness. He was an artist. He could draw, he could paint, he could sing but what he decided to do was to open a café just opposite my college; that was his masterpiece.

I left college and went to work with Eric. The place became the refuge of all the outcasts and weirdos. It was our nest where others were welcome. He was making everyone laugh, me first. He was a true artist in the sense your life was not the same after meeting him.

AIDS took Eric in one week. I feel so lucky he didn’t have to go through all the torture and agony. One week is long enough. The Berlin Wall fell and I turned 20 years old: These two events left me in a sort of total indifference. Eric left. It was like being paralyzed and still today, I can’t get over it. It was so painful I didn’t attend his funeral. I couldn’t even tell friends or relatives what happened.

And then, until recently, I took the courage to ask Eric’s dad for some pictures, as his face started to fade away in my mind. I couldn’t bear it. I only kept a book note of his poems and a love letter. I still feel he’s behind me but I never wanted to turn back again. 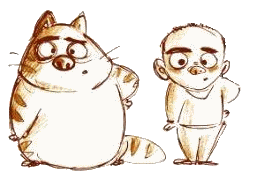